Meaning of the 6 of Spade

All Six of Spade people are strong willed and determined, a blessing as their excellent karma includes a not-so-excellent karmic challenge in matters of the heart.

The 6 of Spade have tremendous potential in their lineup of cards if they are willing to accept the responsibilities that life places upon them. These responsibilities often relate to family matters, or relationships that end up being at odds with their ideals or personal goals. Indecision and confusion about love and what’s expected of them, is their biggest challenge! They either accept these personal limitations and find creative ways to overcome their discontent, or they suffer and short-circuit their power. When this happens, their lives become filled with triviality, mired in gossip and superficiality.

Six of Spade people appreciate beauty and enjoy mentally stimulating conversations. They may seem hard and unfeeling about life and death, but intuitively, they know that there is no death, only Eternal Life.

This is the card of overcoming. Tried and tested throughout their lives, the successful Six of Spade are those who choose to march forward, despite the odds against them, and spread their unique perspective of the world to anyone willing to listen.

Birthdays for the 6♤

Soul Card for the 6♤

9♠ is the Soul Card for the 6 of Spade. This card represents letting go of mundane challenges in favor of wisdom. As a Soul Card, it creates the need for the Six of Spade to always keep sight of the bigger picture in life! 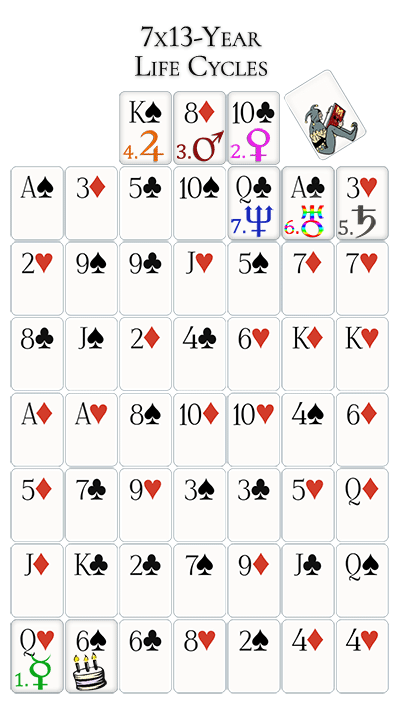 To find your Card, select your birthday and click Go! 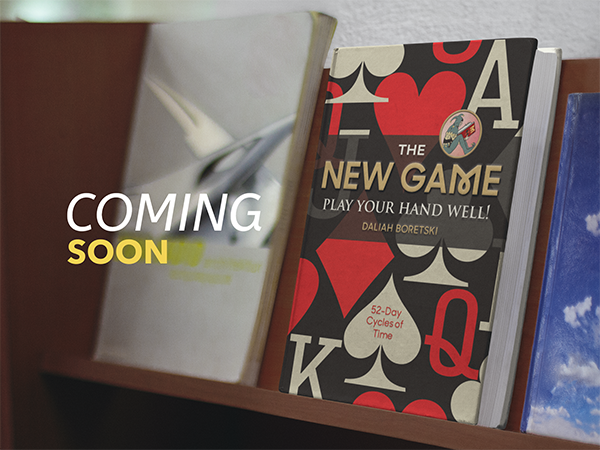 The New Game will be published in book form for the first time in 2019.