Mars is a warrior with no inherent likes or dislikes. He is always prepared (armed and ready!) to give his all, for better or for worse.

Mars is protective by nature. His actions are basic, instinctive and easy to predict. He is not much of a mediator and is willful and predictable. Mars has a tendency to lose friends and make enemies through simple misunderstandings.

Mars also likes to look good in the eyes of others. When he feels his honor is at stake, he can become the underhanded dog - a formidable force - and woe to those who try and undo him!   When Mars is angry, he just doesn't think. Blowing hot to cold, he wakes up all bloodied and bruised, not knowing at all what hit him.

Brazen and courageous, skilled in the art of war, Mars lords over institutions and organizations that serve to protect us or our property.

In Metasymbology, Mars lords over Aries and Scorpio.
Mars heralds the third cycle of seven, representing the 3rd Card that comes after your Birthday Card.
See Seshats Seven to learn more. 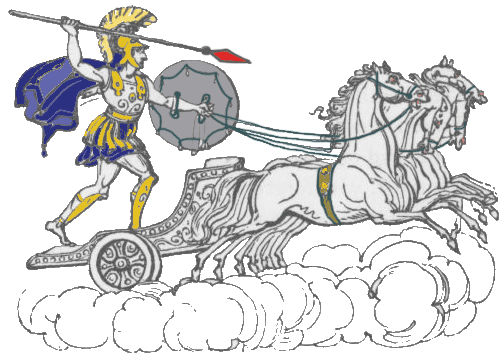